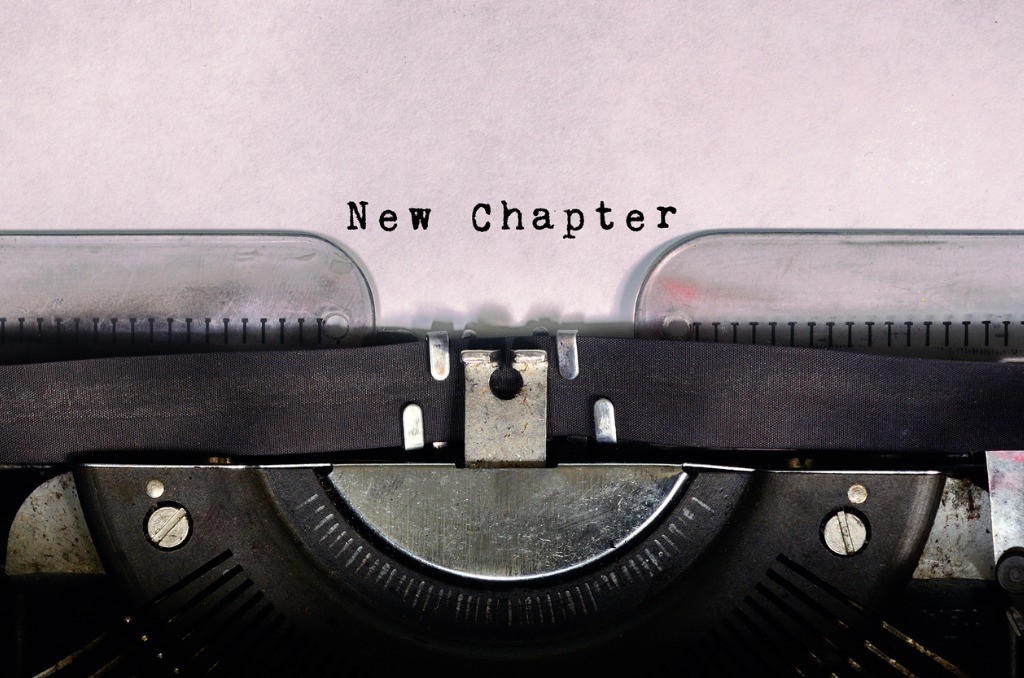 Change is the one constant in our lives that we know is true. If we are fortunate enough to live a long life, we will be faced with many changes and transitions over our life course. Despite this truth, embracing change as we age can become increasingly challenging.

Researchers remind us that we are living in an era of longevity – a period in history which has created both opportunities and challenges that those of past generations did not fully experience. So, it’s True!! 50 really is the new 40, 60 is the new 50, and 70 is the new 60! However, this additional gift of time may also mean that we need to rethink our aging relative to careers, relationships, finances, and education (L. Gratton & A. Scott – “The 100-Year Life: Living and Working in the Age of Longevity”).

We also may need to rethink what brings us joy, satisfaction and motivation in our later life chapters. Those things that created meaning and purpose in our earlier life chapters are no longer relevant…children are raised, careers have peaked, friends have moved. The social, professional and relational constructs that worked for us in the past, may no longer feel like the best fit anymore. We have officially crossed into the season of middlescense. A stage full of paradoxes – ending and beginning, fear and excitement, pulling back and taking risks, loss and gain.

Much like adolescence, the season of mid-late life can create a similar state of confusion and uncertainty. It’s during both of these life stages that we may experience feelings of being lost, stuck, less confident, restless and undefined. These periods often create a sense of aimlessly floundering through the wilderness with no clear direction or clarity on which path to pursue next.

Reimagining our lives and the possibilities of “What’s Next” can help us better embrace our later life stages and age more successfully and with a greater level of satisfaction. Letting go of our ‘old story‘ helps us incorporate a remarkable new mindset and embrace a ‘new story‘ for our next life stage (R. Leider – “The Power of Purpose: Find Meaning, Live Longer, Better”).

A more meaningful and purposeful “second half” is very much achievable through the exploration of strengths, core values, passions and interests. It’s an ideal time to re-examine priorities, goals, bucket list, and even legacy.

Tomorrow will be a new chapter in your life story…make it a meaningful one!

“Reset…Rethink…Redefine”  Little did I know when selecting this tagline to further define my business of helping older adults plan for their next life chapters, that these three words would ring so relevant and true in the aftermath of a global health pandemic!

No one alive today has ever experienced something like this…a virus-induced Pause Button…a forced change in the way we have grown accustomed to living.  The pause we have felt from losing so many lives to Covid-19 has been tragic and sobering, yet it has reminded us of the importance of perspective, that life is precious and offers no promise for tomorrow.

For those safe at home, this quarantine has also provided an opportunity for another kind of pause – extraordinary downtime to personally reflect on where we are in our own lives.

Prior to this pandemic, who would have thought that what we were envisioning or planning for our late life chapters would be put on pause, and require yet another round of reflection, consideration and introspective analysis?

Truth is…we would never have planned for this period of history to be part of our stories.  It happened very much outside of anyone’s control.  Nonetheless, several months in quarantine can do wonders for re-evaluating one’s priorities, goals, desires, bucket list, and legacy.

Yes, this pandemic pause has created various ripple effects on our lives.  The media reminds us of the pandemic’s negative effects in loss of lives, loss of jobs and economic strain. However, we can only rely on ourselves, as individuals, to take advantage of the positive effects of this pandemic in (re)directing our own next steps and life direction.

I recently celebrated yet another birthday, although I remember my 18th Birthday like it was yesterday.  As the saying goes, “The days are long, but the years are short”.  We’ve lived long enough to know it’s true!

Right now, my wish for all older adults is to consider the positive impact of this Pandemic Pause by embracing this time and opportunity to reset, rethink, and redefine what is truly purposeful for you.

Tomorrow will be a new chapter in your life story…make it a meaningful one!

A NEW LIFE PHASE:“What’s Next?”

Are you at a point in your life where you’re asking “What’s next?” You’ve finished one chapter and you have yet to write the next one. Many of us face these transitions at midlife, but they can happen at any point.

For the last forty years, I have had the privilege of traveling worldwide giving keynotes and workshops, and have flown well over two million miles to these scattered venues. As a result, I have witnessed what touches people, what enlivens them, and what gets them up in the morning. And I have heard this refrain over and over:

“This isn’t what I was expecting!”
I listen for a living. As an executive/life coach, my conversations about “What’s next?” often end with a varied list of things that people didn’t expect:

What they didn’t expect, for sure, was that they would have to keep figuring it out, no matter what their age.

Rather than preparing for a traditional retirement, many adults, today, are facing periods of transition and change unprecedented in previous generations. From exciting new opportunities to challenges that seem to come out of nowhere, a new life phase – a stretching of the productive, creative, and purpose-driven peak of life – has challenged conventional choices about the second half of life.

Old Age is Constantly Getting Older
With 10,000 people turning 65 each day in the U.S., and longer lives ahead, it’s time to unpack outdated assumptions about aging and reimagine the new realities. Many of our assumptions date back to a time when people grew “old” in their 40s and 50s. U.S. life expectancy in 1900 was age 47. At the introduction of Social Security in 1935, it was age 60. Today, many people remain vital and capable well into their 80s, with those 90 and beyond representing one of the fastest growing age groups.

In retirement, former U.S. President, Jimmy Carter, asked the question, “What is good health?” His own answer offers insight into the new phase of life: “more than being able-bodied, it involves self-regard, control over our own affairs, strong ties with other people, and a purpose in life.

Science confirms that Jimmy Carter got it right. Good health is more than just the absence of illness. It is a choice to not just add years to our life, but to add life to our years. Yet, everyone ages and retires different ways. There can be no one-size-fits-all. We are each an experiment of one.

Adding Life to Years
The phrase “adding life to years”, not just more years to life is critical given increasing life expectancy.

Positive aging can begin at any age, and can be created in many different ways. Becoming aware of the paradoxes of aging, can have a powerful effect on how we experience aging.

The levels of happiness and fulfillment can be quite high in older age, often higher than in midlife. This represents what is called the “paradox of well-being.” Older adults often report high subjective well-being despite facing possible changes in health and declines associated with aging.

A large-scale study showed that among those over age 75, move than 80% reported being happy or very happy. (Pew Research Center – Growing Old in America: Expectations vs Reality). Most rated their own experience of aging more positively than what their younger selves would have expected of themselves in old age.

The new phase of life is filled with paradoxes – loss and gain, finishing and starting, retreating and risk-taking, fear and optimism, liberation and attachment, caring for self and caring for others, saving the world and savoring the world.

Most people would reply by referencing the date on their birth certificate. This is your chronological age.

In my interviews with people over age 65, I find that people often report feeling anywhere from 10 to 20 years younger than their chronological age. For example, a 65-year-old might feel 45 and a 75-year-old reports feeling 60. And, most interviewees think old age starts around 85. Paradoxically, we can feel younger as we age.

A New Life Phase
Incorporating a new life phase of purpose and positivity can radically change “the old story.” Rather than beginning a precipitous decline, our creative, purposeful years can become extended allowing us to choose to live our lives much differently.

The new life phase is past middle age, but is not equivalent to retirement or old age. Psychologists worldwide have found that well-being follows a “U-Curve,” with self-reported happiness at its lowest in the 30s and 40s, and then increasing steadily beginning at age 50. This is in keeping, too, with longitudinal and brain research finding that our lives continue to evolve positively in our later years.

Embracing a new life phase often involves mistakes, paradoxes, and challenges. Recognizing that you’re entering this new phase of life creeps up on you. You often don’t feel old, but then one day you notice that “I’m the oldest one in the room!” Not every day, but surprisingly often.

Viewing a new phase of life can provide a remarkable new mindset. While the “old story” was one guided by a goal of freedom “from” – freedom from responsibilities, the “new story” is one guided by freedom “to” – freedom to create and choose the life one wants to live.

A new phase of life feels a little bit like a second adolescence. The structures we fit into comfortably a decade ago – socially, professionally, relationally – start to feel like a poor fit. We need a new purpose, a new vision, encouragement, and a personal plan to make this newly available phase of life our best life.

Richard Leider, founder of Inventure – The Purpose Company, is one of America’s preeminent executive-life coaches. He is ranked by Forbes as one of the “Top 5” most respected executive coaches, and by the Conference Board as a “legend in coaching.” Richard has written ten books, including three best sellers, which have sold over one million copies and have been translated into 20 languages. Repacking Your Bags and The Power of Purpose are considered classics in the personal development field. Richard’s PBS Special – The Power of Purpose – was viewed by millions of people across the U.S.